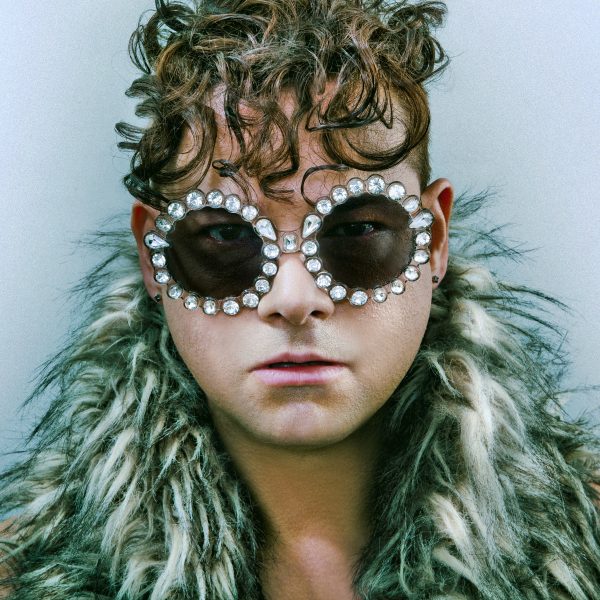 It wasn’t that long ago that eccentric, flamboyant pop artists were putting on a spectacle on stage, while their sexuality secluded from the public eye. Constrained to the societal norms that plagued the uninformed world, those artists would eventually pave the way for future generations of musical tastemakers to showcase their talents in and out of the closet.

Unashamed and brash, one Canadian is following in those footsteps and veering off to create his own lane and make a mark in the industry. With influences like Madonna, Freddie Mercury, Robyn, and Muse, Velvet Code is clearly aware of the extravagant trailblazers that shape his sound. 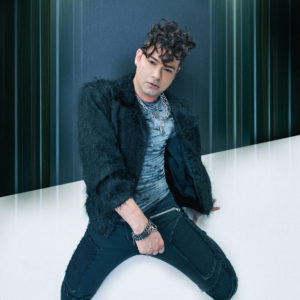 Born Marlon Wurmitzer, the songwriter and music producer first emerged on the scene in 2007 with Black.Blue.Blind, a synth-pop album that cemented him as an electropop sensation. After a lengthy hiatus, where he found himself struggling with anxiety and depression, Velvet Code readied himself for a comeback and released “Break the Silence”.

The record was used as a wake-up call, breaking the silence on mental health stigma as well as a fear of returning to the music scene. To date, the track has nearly 2 million streams and was the lead single off Velvet Code’s long-awaited sophomore album, Dreamer.

The full-length studio album is infused with synthesizers melodies that harken back to the earlier sounds of electronic music in the 1980s. Elements of house and trance can be heard in tracks throughout the album, especially in “Mary Offered Ladybugs and Love Yous“, a standout which peaked at #27 on the Billboard Dance Club Charts.

Poised to make a mark in the world with his flashy fashion and not afraid to speak his truth, Velvet Code spoke to BPMFIT on the heels of his album release.

Q: Right off the bat, congratulations on your sophomore album. There was a huge gap between your projects. Why is that?

VELVET CODE: First of all, thank you so much! During my time in London, I decided to take a break from my own solo project and rediscover myself. I wanted any new material to be an honest expression of life experiences I’ve gone through, and observations of the world we live in. I think I’ve accomplished that with Dreamer, and I hope that it inspires people to reach for their goals and to live their best life.

Q: What sparked your decision to get back into the studio?

VELVET CODE: There was a moment after writing “Break The Silence” that I knew I was onto something. I called Wendy Starland, my writing partner, and asked her to collaborate with me on a number of new tracks I had put together to see where things would go. After a few sessions, I knew It was time to rise up…it was time to start the comeback.

Q: The album is pure synth-pop bliss. What is it about that 80s/90s sound that draws you to bring it back to this era?

VELVET CODE: I love the synth melodies and the simplicity of the drums during that time period. I like to put a modern twist on classic sounds, and I think I accomplished that. We’re long overdue for an 80s/90s revival, and I’m starting to hear it in some of Charli XcX’s music, and even Billie Eilish. I think it’s time.

Q: My personal favorite track is “Mary Offered Ladybugs and Love Yous”. There’s something about the intro to that track that brings me back to the early days of trance. Can you explain the inspiration to not only the composition of the song but the lyrics as well?

VELVET CODE: I remember those 90s trance days really well. Robert Miles, Paul van Dyk, Paul Oakenfold…I wanted to take my favorite instrument, the piano, and build a dreamscape where people could lose themselves, and even transport themselves into a world of their choosing. This, I believe, is the way to escape any day-to-day problems, to lose yourself in the music, and to dance to remember, or dance to forget. It’s something I live by.

Q: The track peaked at #27 on the Billboard Dance Club Charts. What about that song do you think made it crack the top of the charts?

VELVET CODE: I have to admit, I had an amazing team of remixers who provided their own take on the track which helped boost my exposure to the Billboard community: Ray Rhodes, Victor Dinaire + Bissen, Steve Smooth, Barry Harris, Bad Wolf, DJ Sammm, Hardino, and Futuristic Polar Bears. I want to thank them for their contribution to the song. I look forward to releasing the remix package on August 2nd!

Q: “Break The Silence” was the lead single off the album. Why was that track chosen as the step-off point for your return to music?

VELVET CODE: It was a collective decision between myself and my team. We agreed it had the right attitude, and it was the proper “comeback” track. It was time to break the silence about a number of topics, including the stigma towards mental health, and my fear of returning to the music scene. It was my way to gather the courage to take those steps…and, well, here I am!

Q: The album in its entirety seems to be very personal to you. What life experiences do you hope your fans can relate to in Dreamer?

VELVET CODE: In the years when I took a break from music, I struggled with anxiety and depression, and a deep loss of my own sense of self. I had to get that back. Then I started to witness others going through tough times because of the current economic and political climate. Once I found the courage to fight, not just for myself but also for others, I was willing to scratch, claw and scream my way back until I could belt out the message I wanted to share. Being a dreamer is about fighting for what you believe is true, and that’s what the album is all about.

Q: Did you ever question whether or not to be openly gay as an artist prior to releasing music?

VELVET CODE: I had a number of producers over the years who tried to convince me that if I came out, I would have zero chance of making it in this business. I was encouraged to just “try” and be straight. Well, it’s just not that easy! I fell into a deep depression around it during those struggles, and it affected my ability to be true to myself. At the end of the day, I realized if I can’t be truthful about myself, how can I expect anyone to believe a word I’m saying in my music? I’m glad I made the decision to be myself. And to anyone out there struggling with the same issues, please…You Do You! Don’t let anyone try and make you be anyone other than yourself!

Q: There has been a shift in inclusivity with openly GLBT artists in the industry. Why do you think that is?

VELVET CODE: I think fans of music want to really get to know the artist they are investing time in, to be connected to that artist. That requires the artist being honest and truthful. I believe we are all equal, and it begins with trust.

Q: Part of our story in the gay community is recognizing the path that others have paved for us to be here. Who are some GLBT people you look up to?

VELVET CODE: I really admire Troye Sivan for being so bold, beautiful and true to himself and the fans. Another artist I admire is Olly Alexander. His style, his sense of self, are traits that people who are struggling with their sexuality can relate to. I had the pleasure of meeting Billy Porter at World Pride in June, and that was the highlight of my entire weekend! He even took one of my hand fans as I said “Pull up! Work harder! Triumph!” And of course, there’s Brendon Urie. Who can’t love the voice of the dreamy Brendon Urie?

Q: Speaking of Pride, last month was Pride month and we commemorated 50 years since the Stonewall Riots. What does Pride mean to you?

VELVET CODE: To me, Pride is a time to celebrate how far we’ve come in our fight for equality. But it’s also important to remember how hard it’s been for others. The struggle is real and it’s far from over.

Q: Describe your fashion sense. To me, it screams rebellion and punk-rock.

VELVET CODE: Fashion for me a form of self-expression. It’s true– I am rebellious because I’ve had to fight for everything I’ve ever wanted. But it’s also to an opportunity to be free from the shackles in my closet. If I want to wear a silver metallic jacket and pink gloves, then I will. If I want to wear a dress, or heels, or platforms, I will. It does not matter to me in the least, what people think of me. It only matters what “I” think of me.

Q: Who are your fans? Who is rocking out to Velvet Code?

VELVET CODE: I keep meeting new fans every day, and I’m amazed at how widely accepted my music has been over these last 6 months. However, my core fans always remain my little rebels, my little outcasts, my little dreamers. I love them all.

VELVET CODE: I always believed that if I can make a difference in a single person’s life with my music, to change the course of someone’s thinking, from negative to positive, then I’ve truly made a difference. I also once said if I made to perform on TV then I’ve truly made it. I’ve had both those experiences. And since I’m a dreamer, I’m going to reach high and without fear for the future. I want to headline Coachella in the next few years and follow that up with headlining my own world tour. When I accomplish those two dreams and been able to sing for the masses, I have truly succeeded.

Q: Finally…One of my best friends is from Toronto. It’s fun to catch her using Canadian colloquialisms in a conversation. What is your favorite Canadian slang term?

VELVET CODE: “I‘m gonna head over to Timmies real quick with my toonie and grab a box of timbits and a double double.” [laughs]