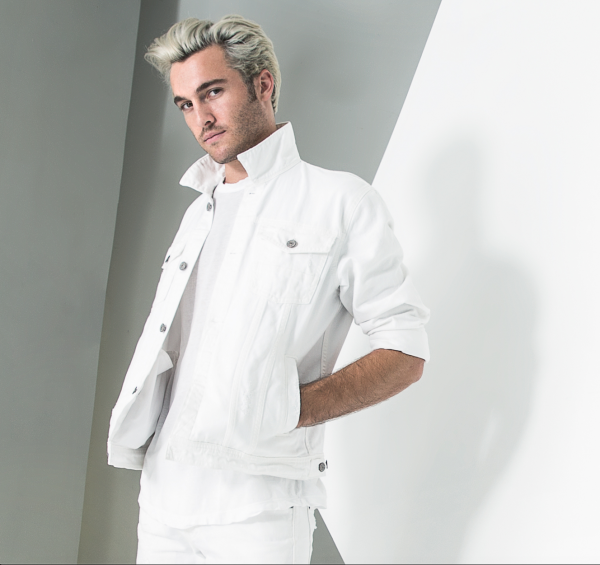 Last fall, on the eve of the autumnal equinox, a unique cultural experience unfolded on the foothills of the Santa Barbara Mountains. Commemorating the biannual crossing of the sun and our planet’s equator, thousands gathered at the Live Oak Campground to celebrate summer’s end through music, art, workshops and a sense of community.

Aptly named Outside In Equinox Festival, the inaugural three-day transformational festival was spearheaded by Zander, better known as Traveler. The Santa Barbara native has been producing music since first attending Burning Man in 2009. Since then, Traveler has established his own record label and artist collective, Outside In Movement. 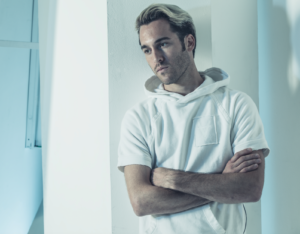 Zander has been busy launching his Karmaship cryptocurrency, which has a number of major music festivals already coming onboard as customers. Karmaship has the very real potential of transforming the music festival experience for fans in ways fans never before imagined possible.

As he geared up for the next installment of the festival, Traveler found time to chat with BPMFit. Through our discussion, he opened up about the achievements of Outside In Equinox Festival, the implementation of cryptocurrency at the event, and what the future holds for his own artistry.

Q: How would you describe Outside In Equinox Festival for our readers who may not be familiar with the event?

Traveler: I would call it a cultural experience. Many people outside of America think this country lacks culture, but I think our culture is here. It started with the Grateful Dead, and that turned into this underground Burning Man/hippie psychedelic music culture. And then, of course, the rise of the rave scene. Equinox and the Outside In Movement, in fact, what Traveler is all about, is taking that culture to the next level.

Q: How did the first edition of Outside In Equinox Festival turn out?

Traveler: It was great. The festival was super professional; everyone showed up with their A-game. We had great music, art, and great vibes. We wanted to show that we had a community, a scene, and a unique vibe.

Q: Having had your first event out of the way, what have you learned from it to make it better?

Traveler: Marketing. Even though we had a good turnout, we definitely built the event out for a bigger crowd.

Q: Any additions we can expect for the Fall 2019 edition of the event?

Traveler: We are definitely going to incorporate more workshops and healing projects like meditation and yoga. Music is still going to be at the core of the festival, but I also want to talk about more important issues in our society, something to get the mind flowing.

Q: Is there anything that took you by surprise from last year’s event?

Traveler: Yeah, I was surprised that we caused such a big impact. I thought we were just reaching our little west coast community, but people heard about us far wider than that. It’s nice to know that people are aware of what’s going on.

Q: I heard you were the first festival to ever use blockchain cryptocurrency?

Traveler: Yeah, one of the main purposes of the festival was to launch Karmaship, which basically rewarded people for experiencing Equinox. The blockchain is essentially powered by real-life experiences, which we call proof of experiences, and we reward the attendees through cryptocurrency.

The goal is to make our attendees feel valued because without them the festival would be nothing. They come, they set up camp, they dress up, they bring festival totems, and we wanna reward that.

Q: What is the next step in development for Karmaship?

Traveler: We’re in the process of launching a full-blown app. The app will incorporate texting, video chat, send and receive money, buy from vendors, connect to the mesh network, and will have internet access.

Q: When can we expect the app?

Traveler: By the end of summer (2019). We want to make sure that the app is one hundred percent ready so we are tweaking features and whatnot.

Q: You recently performed at Envision Festival in Costa Rica. How was that experience?

Traveler: Envision is, I believe, the greatest event on the planet. It is the most bio-friendly, eco-friendly, sustainable festival I have attended. All of the stages are made from organic materials, and your food is served on a banana leaf. And the location is unbeatable, you’re surrounded by beautiful beaches.

I played two great sets at the festival. I also threw an afterparty with my label, Outside In. I had a great time.

Q: Would you say Envision Festival can be used as a blueprint for what American festivals can become?

Traveler: Absolutely. It’s crucial to adopt these practices for the survival of the human race. It’s not sustainable to go out to a forest or a park and sell plastic water bottles or have people throw cigarette butts throughout the venue. If the scene wants to continue to grow, we need to become more aware of our environment.

Q: You’ve got quite a few projects in your hands, how do you find time to make music as Traveler?

Traveler: Oh man, you know the single hardest thing for me has been finding a balance between running a label, a production company, blockchain and being an artist.

But making art makes me the happiest and that is what I’m best at. The challenge has been packaging it, promoting it and building content in a way that will have an impact.

Q: So when can we expect new Traveler music?

Traveler: I know I always say this, but I have so much music I’m getting ready to put out.

I’ve been exploring with micro-tuning, which produces music in 432 hertz, lower than the standard, which has been set at 440 hertz. The idea behind it has to do with numerology, astrology, vibrations of the planet, and vibrations of the human body. When you retune music to 432 hertz, I truly believe you can feel a difference. I truly believe that we could be listening to music that’s damaging us.

Q: Any other musical experimentation we should know about?

Traveler: I’ve taken my project through every sound possible and I think I’ve finally found a sound I really like.

Q: And what sound is that?

Traveler: I’ve coined my own style— Psy-Wave. I’ve taken all the unique sound designs from psytrance, dubstep, drum-and-bass, and glitch hop, and put them behind slower tempo house beats. I’ll use a chord progression or a melody that gives a strong emotional feeling and build it out. The drops are based around slow-downed psytrance with dubstep sound effects.

Q: Where can we get a taste of this new style you’ve created?

Traveler: Some of it is up on my SoundCloud account. If you listen to my tracks on there you’ll start to get the picture of what my style is like. My latest release is “Close To Me” and you can hear it there or on my Spotify.