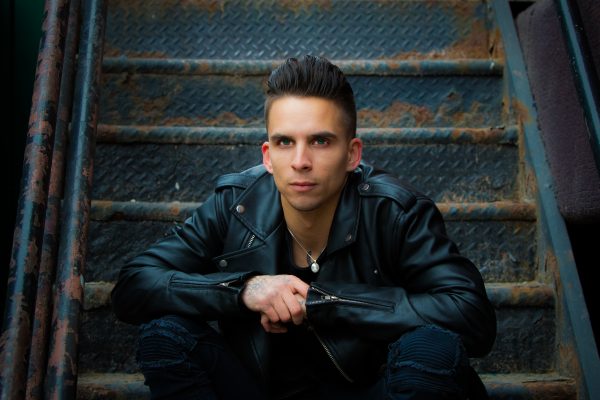 Throughout its over 30 year history, house music has taken on many different identities. From its gritty underground Chicago origins to the massive stages of world-class festivals, the genre has seen itself reincarnated time and time again. Having spurred endless sub-genres from deep to electro, and acid to progressive, the main component of house music remains unchanged— its groove.

The simplistic rhythm of 4/4 beats and synthesized bass lines of house music have allowed it to evolve as technology advances, while still captivating an audience to meander to the dance floor. Evolving along with the genre are the DJs and producers that continue to push the envelope, framing the sounds that the future will groove to.

Enter Tommy Capretto, a Philadelphia native who’s embracing the minimalistic sounds that harken to the infancy of those warehouse days. Capretto’s inquisitiveness led him to initiate his career as a music producer in 2006. Nearly a decade later, Capretto began releasing music on music labels like Armada Music, Capitol Records, Universal Music, and Juicy Music.

Capretto eventually took the steering wheel and launched his own record label, Summoned Records. Through that venture, Capretto has released two successful tracks, “Don’t Be A Dick” and “Trapped in a Bassline” with Richard Fraioli.

“Learn to be patient and trust the process. You want to be like fine wine, you don’t want to be sour.” – Tommy Capretto

On the heels of the success of the former collaboration, we sat down with Capretto at the Dream Hollywood Hotel in Los Angeles. The swanky Hollywood hotel hosts a studio for DASH Radio, where Capretto was preparing for a live two-hour take over. The subscription-free radio platform is home to Capretto’s very own weekly mixshow, “Club Capretto” on ElectroCity.

Prior to his two-hour live studio session, Capretto took time to unwind and speak on his sound, inspirations, and unique style.

Q: For our readers who may not be familiar with Tommy Capretto, how would you describe your sound?

Tommy Capretto: My sound is very underground. It’s minimal tech house— the kind that makes you groove when you walk into a club without vocals or synths. I’m known to be nutty when it comes to random bass stabs.

Q: What gravitated you towards producing house music?

Tommy Capretto: When I started producing music it was just a hobby that came out of curiosity because a lot of my friends were hip hop producers. As I got older and started getting into the nightlife scene, DJing had become a popular thing so I started producing the music that I heard them play. I know it sounds so cliche to say that house music is a feeling, but it is. I love to make music that moves me because I want the fans to feel what I feel.

Q: Where do you draw your inspiration from?

Tommy Capretto: Honestly, I don’t really look for inspiration when I’m working on music. I like to experiment with the sounds. That’s why I love tech house so much because it’s all about the composition and the production of it.

Q: Any artists that you look up to?

Tommy Capretto: Harry Romero. His sound is just what it is, you know what I mean? You know it’s a Harry Romero record that’s playing because it doesn’t sound like anyone else. Oh, and Robbie Rivera, he’s been a mentor of mine. I was actually at Miami Music Week with a friend a few years ago and he introduced me to Robbie Rivera. I started a relationship with him, tossed around the idea of collaborating with him and that led me to start releasing my music through his label, Juicy Music.

Q: You recently collaborated with Richard Fraioli in “Trapped in a Bassline.” How did you guys link up?

Tommy Capretto: I met Richard Fraioli at Miami Music Week and I immediately gravitated towards him because we clicked over video games and retro clothing. It’s refreshing to talk about something other than music with other producers. Sometimes you just wanna relax, you know? Anyway, I sent him a few ideas that I had been working on and he loved them and out of that came “Trapped in a Bassline”.

Q: How’s the reception been on that track?

Tommy Capretto: Nothing but positives, man. I’m so excited about how many people are loving this record.

Q: What do you think it is that is garnering such positive feedback?

Tommy Capretto: It’s just the groove of it, man. I don’t wanna compare it to “Satisfaction” by Benny Benassi, but it has that same concept of a strong bass synth that just grooves along.

Q: You recently premiered a new weekly mixshow on DASH Radio’s ElectroCity channel called “Club Capretto”. What can people expect to hear when they tune in?

Tommy Capretto: “Club Capretto” is all about the sounds of the underground. I want to create a vibe and get people into it. A good radio show doesn’t need heavy hitters, it doesn’t need to be ‘club central’.

Q: You’re about to hit the studio in a live, two-hour takeover on DASH Radio, any surprises in store?

Tommy Capretto: Yes, I will be premiering a remix of Fletcher’s “Undrunk”. The official remix will be released at a later date.

Q: What is your process when you decide to remix a track?

Tommy Capretto: I always start out with the acapella and I listen to it over and over to find something in tune or in key. I look for a tone that I like in the vocal and I build my basslines around that. I use that as the driving force of the record.

Q: I had a chance to scroll through your Instagram feed and you’ve got a very stylish approach to your look. How would you describe it?

Tommy Capretto: I like to be a little edgy, a little mysterious which is probably why I have so many black clothes. But it’s so easy for me to shop and just grab black clothing because I know it will look good on me. I’m not very colorful, the only color I have is my eyes.

Q: What is one thing many people don’t know about you?

Tommy Capretto: I’m extremely scared of spiders. I don’t care how small it is.

Tommy Capretto: I don’t know, it’s just a psychological thing. I don’t want it crawling on me.

Q: Imagine yourself ten years from now— you’ve made it to the top of your game, and you start to reflect on your success. What would be the advice you would give to your younger self?

Tommy Capretto: Learn to be patient and trust the process. You want to be like fine wine, you don’t want to be sour.