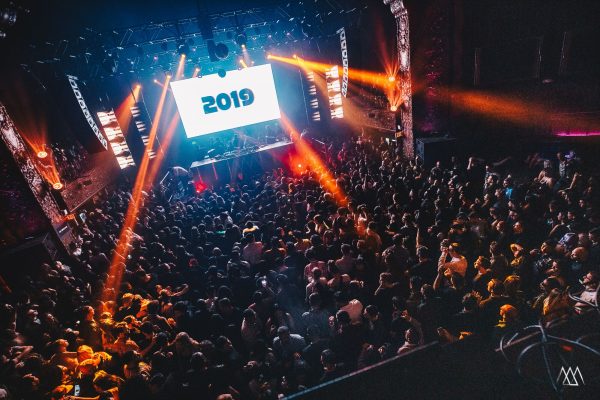 In the last few hours of the year, makeup was being perfected, outfits were being coordinated, and lines were beginning to form outside the ornate, nearly century old, historic Belasco Theatre. Situated in the heart of the central business district of Los Angeles, the Belasco Theatre has long been a gathering spot for music aficionados in the city of angels. On the eve of 2019, the multi-level playhouse would be home to some of the best house and techno music on the west coast.

Minimal Effort, held bi-annually in L.A., is known to bring top-notch artists alongside high-level production for lovers of electronic dance music. Guests attending this year’s event welcomed 2019 alongside Sasha, Skream, Will Clarke, Justin Jay, Option4, and Durante, among others.

The event had been on sale since early November, with three options— general admission, VIP with OPEN BAR, and different levels of table service options. The last tier general admission prices ended at $89, while VIP and open bar cost party-goers $159. At a $70 difference, the VIP/open bar combo was a very popular option and it showed as the VIP line moved significantly slower than the general admission line at the front door.

Attendees who managed to get to the venue early were greeted with the sounds of VNSSA and Sam von Horn b2b with Danny Goliger at the ballroom. The basement held talent like Allen T, Duchess, Divine Minds in Time and Superflu. While the 900 Block showcased the likes of D Zeledon, Brooks Wilkinson, Stefan Seay, Michael Fam, Rave Mira, and Dagz Bros.

The main theatre held most of the night’s action with Monsieur Frazier and Human Resources warming up the crowds. As the first stage attendees encounter, the main theatre area was a hotspot of activity throughout the night.

I found myself at one of the backstage balconies overlooking the main dancefloor a few minutes prior to midnight. The birds-eye view gave me a front-and-center seat for the celebration ahead. As the techno beats of Layton Giordani closed out 2018, they eventually faded into the familiar sounds of Sasha, who ushered in 2019 with smiling faces, shared kisses and warm hugs throughout the theatre.

This was only the beginning, however, as I rushed to the upper levels of The Belasco and ventured into the ballroom for some Dirtybird vibes. I grooved along to the last half of Justin Jay’s set and prepared myself to dive head first into the cuddle club with Will Clarke. The bearded master of tech-house did not disappoint with a stellar set that had everyone inside the ballroom dancing along into the early morning hours.

As the crowds dispersed, and after listening to the first half of Option4,  I meandered onward through the venue and found myself at the basement. Here, Jonnie King was pleasing the crowds and inside the lost room, Jacob Millar was spinning some grimey techno beats. 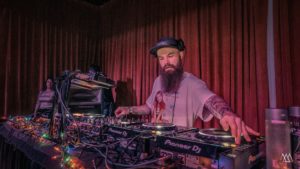 Eventually, I ended up at the main theatre to end my night with Skream, who did not disappoint. The energy on the dancefloor was mesmerizing and difficult to pull away from.  As the last remaining attendees continued enjoying their evening (or early morning), I decided to throw in the towel to this successful New Year’s Eve celebration.

Having never attended a Minimal Effort event, my expectations were neither high or low. I was extremely impressed with the roster of artists that Underrated Presents is able to book for both their New Year’s Eve event and their other celebration, All Hallow’s Eve.

With New Year’s Eve being such a high-profile holiday, crowds were to be expected. However, the big flaw with the celebrations were definitely the throngs of people jam-packed into this five-room theatre. Aside from that, and late use of the confetti guns (almost five minutes AFTER midnight), Minimal Effort New Year’s Eve was a perfect way to ring in 2019 for fans of the underground sounds of house and techno.