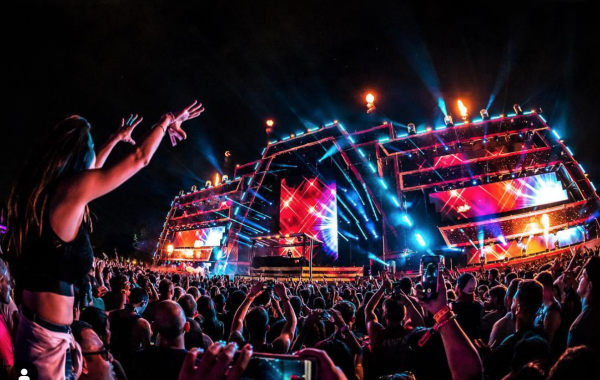 Chicagoland’s popular Spring Awakening Festival is gearing up for its June festivities and has announced the headliners for its 2019 event. Set to take place at a new venue this year (Poplar Creek), the three-day event is known to bring some of the biggest names in EDM.

Over 90 artists will perform across five unique stages alongside stunning stage production, interactive art installations, and carnival rides. The new location at Poplar Creek is set on 27 acres of land, nearly double that of last year’s site. Complimentary shuttles from nearby Metra stations to the festival grounds will be provided to festival-goers.

Spring Awakening 2019 takes place June 7 – 9 at  Poplar Creek at 59-90 Entertainment District in Hoffman Estates, Illinois. All other info and tickets can be found HERE. 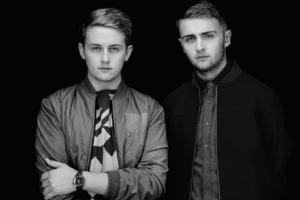 English brothers Howard and Guy Lawrence, better known as Disclosure, have revealed they will be touring the United States for the first time in nearly three years. Set to start mid-May, the duo will perform at club venues and festivals alike.

The Grammy-nominated producers will kick-off their string of shows at Lightning in a Bottle before concluding fifteen days later at Red Rocks Amphitheater. 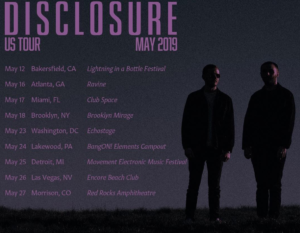 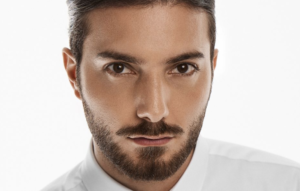 One of the biggest names in EDM is debuting a series of mixtapes to add to his already extensive catalog. Aptly named Progresso Volume 1, Alesso’s first compilation includes three tracks titled “Progresso”, “Time”, and “Confession”.

In a press release, the Swedish DJ spoke on the release of the mixtape saying, “This project, for me, is about going back to my roots and making house records.”  He added, “I wanted to represent the culture of dance music through this mixtape. Each song is powerful and unique. It’s about telling a story of the past and the future of the genre through the music.” 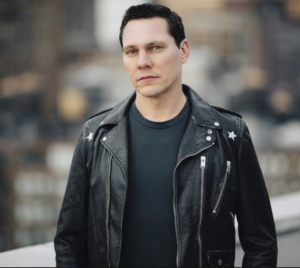 Last year, Tiesto’s partnership with Dzeko (along with Post Malone and Preme) garnered them a massive hit with “Jackie Chan“. The track was heard everywhere from radio stations to festival mainstages. In what seems to be a repeat of last year, they have teamed up again, this time with Lena Leon in vocals for “Halfway There”.

The three-minute song blends synth melodies with a big room beat and has a hook that will no doubt have fans humming along as the track builds momentum. Lena Leon’s broody vocals appear mid-song as she reminds you that “…you’re gold, told you so…you’re halfway there.”

Take a listen to Tiesto & Dzeko feat. Lena Leon “Halfway There” below: