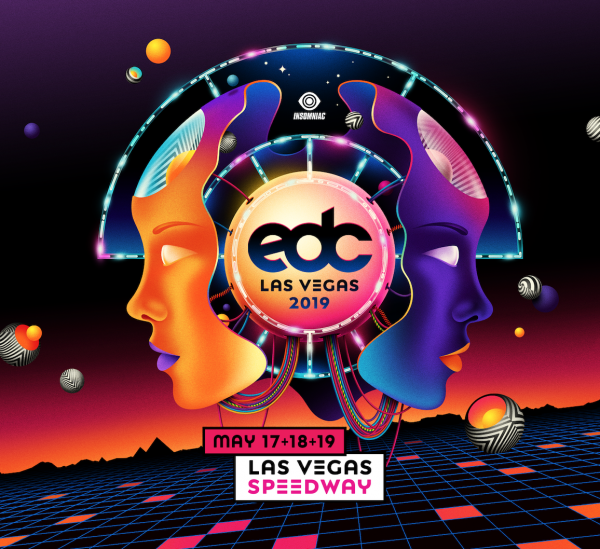 Insomniac Events flagship festival, Electric Daisy Carnival Las Vegas, is set to take place in two months at the Las Vegas Motor Speedway and as we inch closer to the date, more and more information is being revealed about this year’s event.

Over the years, North America’s largest electronic dance festival has converted its mainstage (KineticFIELD) and used it as a manifestation for the theme of the event. Last year’s theme was centered around love (KineticLOVE), mother earth (KineticGAIA) took over the year before that and this year, attendees will literally partake in the theme centered around energy.

KineticENERGY will be an electrifying experience that will unite more than 400,000 guests through the vibration of movement and energy all three days.

The announcement was made by Insomniac CEO and Founder, Pasquale Rotella, as well as one of the most beloved scientists, pop culture icon Bill Nye The Science Guy.

In addition to his appearance in the video, Bill Nye will officially kick off the 2019 edition of EDC Las Vegas as host of the Opening Ceremony on Friday, May 17, amplifying his message of kinetic energy and positive vibes to thousands of Headliners at the cosmicMEADOW stage.

The 23rd edition of Electric Daisy Carnival takes place May 17, 18, and 19 from dusk till dawn at the Las Vegas Motor Speedway. Tickets and camping packages are available HERE. 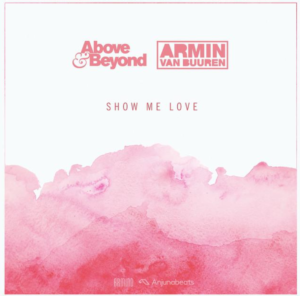 Trance giants Above & Beyond and Armin van Buuren have been producing their signature melodic beats for over twenty years, however, the two have never collaborated on a track—until today.

“Show Me Love” is the name of the track, and it definitely shows love to fans of the respective artists. Delivering on the signature synth and melodic sounds we’ve come to know from both, “Show Me Love” is a powerful trance track with a strong build alongside classy piano keys.

The track, which premiered last weekend at A State of Trance 900 in The Netherlands, is years in the making. In a press release, Above & Beyond stated that the track came together organically, saying “…Having shared many stages with Armin, it was great to finally get in a studio together to swap ideas…”

Take a listen to Above & Beyond and Armin van Buuren’s “Show Me Love” below: 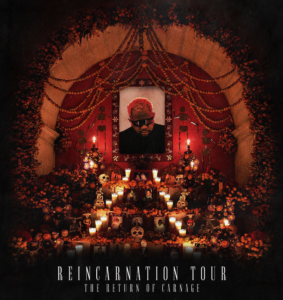 After announcing he would be taking a break to focus on his physical and mental health, Carnage has resurfaced again teasing his return on social media.

The bass artist is reestablishing himself alongside a worldwide tour, aptly named the “Reincarnation Tour”, which will kick off later this month.

Soundtracked by Frank Sinatra’s classic track, “My Way”, the announcement was made in a video posted to social media and reveals stops in the US, Portugal, Germany, Spain, and Cyprus. 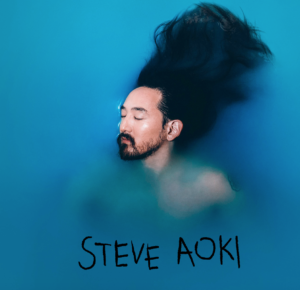 Steve Aoki Announces First Memoir— Blue: The Color of Noise
The book is set to be released in September

Arguably one of the most well-known EDM DJs in the world, Steve Aoki has announced he will be releasing his first-ever memoir later this year.

Titled Blue: The Color of Noise, the book will narrate his successful career, losing friends to drugs, world travels, harsh realities of fame, and his upbringing (his father is famed Benihana Founder Hiroaki “Rocky” Aoki).

Aoki spoke to Billboard Dance about the upcoming autobiography saying, “…The memoir gives people a glimpse into my life for an outsider looking in, recounting my upbringing, the highs and lows, life events and people along the way that got me to where I am today. I poured my heart and soul into this book and am so excited to share it with the world.”

I’m proud to announce I will be releasing my first memoir “BLUE: The Color of Noise” on September 3rd. The title is a direct reflection of how I started out creating noise that people wanted to listen to, which led to a career in making cross genre music for my fans all over the world with a universal language. The memoir gives people a glimpse into my life for an outsider looking in, recounting my upbringing, the highs and lows, life events and people along the way that got me to where I am today. I poured my heart and soul into this book and am so excited to share it with the world. Pre-order is available now (link in bio). #blue #thecolorofnoise

Steve Aoki’s Blue: The Color of Noise will be released Tuesday, September 3rd, 2019. You can pre-order a copy HERE.