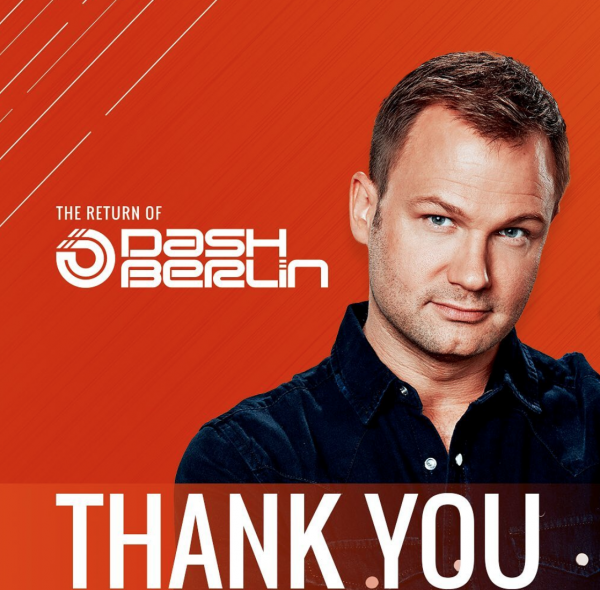 Last year, Dash Berlin frontman Jeffrey Sutorious announced he would be leaving the group after a fallout with the other two members, Eelke Kalberg and Sebastiaan Molijn. In an interview with DJ Mag, Sutorious alleged mismanagement, ex-communication, severing ties from social media accounts, and not allowing him to use the Dash Berlin name. The end result was a re-introduction of Jeffrey Sutorious to the EDM community in 2019. Sutorious has since booked venues on his own name and even released a single titled “Bad Days“.

However, in a surprising change of events, Sutorious has announced that he will once again be the face of Dash Berlin, this time without Kalberg and Molijn. Stating that the chemistry between them was gone, Kalberg and Molijn (along with Vanderkleij Agency) would leave the Dash Berlin project to pursue “exciting new musical projects”. Read the full statement below:

We are happy to announce that after a pretty challenging time for all of us, we succeeded in overcoming our differences and misunderstandings. At the end of the day, good communication is everything. After a sensational rollercoaster journey of more than 10 years with many highlights, we all have come to the conclusion that the chemistry between us is gone and that it is time for a change.

We all now look forward to a new chapter. Jeffrey Sutorius will set forth the legacy of Dash Berlin within his own vision. Founding members and music producers Sebastiaan Molijn and Eelke Kalberg together with Vanderkleij Agency have decided to end their part in the Dash Berlin project to focus on exciting new musical projects.

We all wish each other nothing but good vibes and success.

We thank everybody for the ongoing support.

I want to thank my lawyers Mr. Düzgün, Mr. Zee and Mrs. Wisman for their continued support and advice on both personal and professional level. I couldn't have done this without you. I want to thank my wife for staying behind me all the way through heaven and hell ❤.﻿⠀ ﻿⠀ All my family, friends and colleagues who reached out and showed support: THANK YOU.﻿⠀ You know who you are…﻿⠀ ﻿⠀ The epicness continues!﻿ #dashberlin #dashers #dashisback #jeffisdash #dashisjeff #the1andonlydashberlin 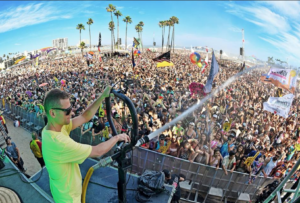 Three weeks before the 2019 edition of Sunsoaked, Kaskade has announced the Southern California beachside festival has been canceled. The event, which was set to take place July 13 and 14, was to be headlined by Grimes, Logic, and Kaskade himself.

The inaugural event in 2017 was a success, bringing over 12,000 partygoers to the shores of Long Beach. In 2018, Kaskade expanded the footprint of the festival and added more amenities to the growing celebration, which sold 30,000 tickets in its first 30 minutes. For 2019, the festival was expanded to two days, hoping to capitalize on its success. However, it seems as though the number of ticket sales was not there this year.

Earlier this month, ticket prices dropped for the event, causing an uproar with fans who had purchased tickets earlier at a higher price.

Not going to pretend anything. You’re right, this is jacked and was never my intention. I love my fans ???? https://t.co/g90DAb2sjm

Shortly after replying to that tweet, an official statement was put out. Stating that it was becoming obvious that they were falling short, the event was forced to be canceled. Read the full statement below:

SunSoaked is cancelled.﻿⠀ ﻿⠀ After two years of an event that was absolutely epic, I wanted to make it bigger and even more expansive. The first two years had places that needed improving so I brought people in to help me execute those changes.﻿⠀ ﻿⠀ But at a little less than three weeks out, it’s become obvious to me that we are falling short, and I’ve been left with an impossible choice. ﻿⠀ ﻿⠀ I appreciate your support, I don’t take it for granted. I hope to see you all soon. ﻿????﻿⠀ ﻿⠀ All tickets will be fully refunded automatically within 21 days. No action is needed on the customer’s behalf to make this happen.

No comment has been made regarding the official reasoning behind the cancelation of the event or if it will return in 2020. 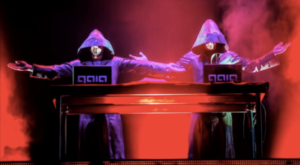 Armin van Buuren has long been a staple in the trance music scene. Having started his career in the late 1990s, the Dutch DJ and producer has cemented himself as a leader in the genre. While his musical productions have seen him dabble in all genres of the EDM spectrum, there’s one particular project that has kept Armin in the pure trance realm– GAIA.

GAIA is the collaborative effort of Armin van Buuren and Benno de Goeij. Together, the duo have released tracks like “Tuvan“, and “Empire of Hearts” and have performed as the mysterious cloaked duo at EDC Las Vegas and Ultra Music Festival. After years of limited single releases and show performances, the group has finally released a full-length album.

Titled “Moons of Jupiter“, the 21-track album ranges from ambient, melodic techno and trance. The record is mixed to create one cohesive journey, covering all 21 moons of the largest planet in our solar system.

In an official statement, Armin revealed that a variety of synths, beats, and loops had been created that were more underground and not always useable for his sound and genre. Having been considered a side project for a long time, the album will be accompanied by a limited edition vinyl record at a later date.

Listen to Moons of Jupiter by GAIA below: 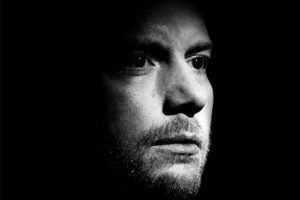 Eric Prydz is celebrating fifteen years under his Pryda alias by releasing a three-part EP series. Titled Pryda 15, the first volume includes six tracks, some of which are long-sought-after IDs that Prydz fans have been awaiting.

Volume one delivers on the incomparable progressive beats Prydz is known for, with the focus being on club-friendly tracks. Volume two will be released next month, while volume three is due out in August.

As one of the top electronic musicians in the industry, Prydz has showcased a wide range of versatility in his music, mainly through the techno and progressive house genres. The Swedish DJ and producer is known by other aliases when performing specific sounds, the two notable ones being Cirez D and Pryda.