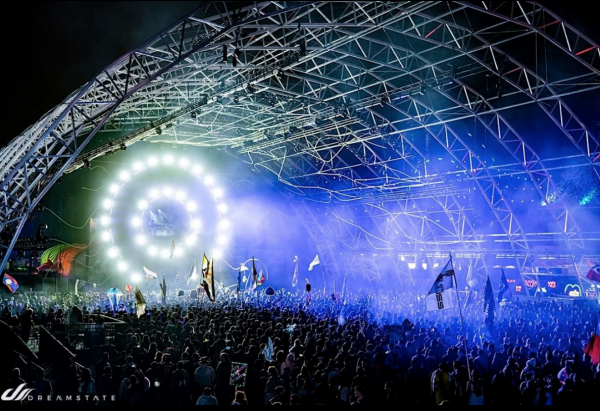 Dreamstate SoCal 2019 Lineup Features Above & Beyond, Debut of Seven Lions Psytrance Project
The fifth edition of the all-trance event takes place this fall

The worldwide trance community has a big reason to celebrate this fall. Insomniac’s flagship all-trance event, Dreamstate SoCal has just released their highly anticipated lineup for the November gathering. Set to return to the NOS Events Center in San Bernardino, the festivities will take place November 22nd and 23rd.

Headlining the two-day celebration will be beloved U.K. trance trio Above & Beyond and Seven Lions‘ debut Psytrance project with Dimibo titled Abraxis. Dreamstate SoCal is known for its focus on trance music and all its subgenres (psytrance, hard trance, progressive trance, melodic trance, etc) and the roster for this year’s event showcases the best in each category.

Insomniac promises to heighten the Dreamstate experience for its five year anniversary. Among those include art installations, more theatrical performers, stage and sound design.  The events company ensured they will create a uniquely enhanced atmosphere that will leave headliners in awe. 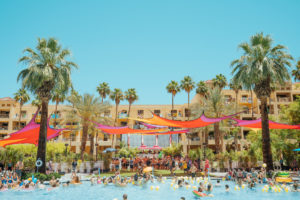 Hot off the heels of their June soiree, Splash House Palm Springs has revealed the full lineup for their second summer party. Poised to take over the desert city for the last time this year, Splash House will take place August 9th-11th across three resort hotels and a world-renowned air museum.

Once again, the Saguaro, Riviera, and Renaissance hotels will be the hub of daytime activity, where poolside entertainment will be provided by some of the best house and techno DJs out there. Artists like Christoph, Claude vonStroke, Lane 8, Ekali, Keys N Krates, Detlef, Snakehips, Hippie Sabotage, Walker & Royce + Ardalan present Escapade, and a DJ set by Toro Y Moi will be spread out throughout the three hotels.

At night, the party continues at the Palm Springs Air Museum for Splash House After Hours. Serenading the evening will be Walker & Royce, Hot Since 82, MK (Mark Knight), Phantoms, and Enzo Muro. 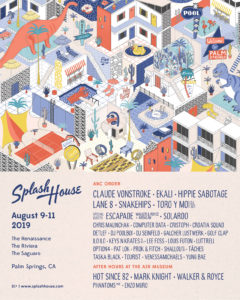 Splash House returns for its last party of the summer August 9th-11th. Tickets and hotel packages for the 21+ event can be found HERE. 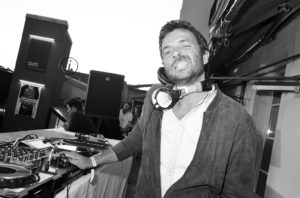 Philippe Zdar, Founder of Cassius, Dead at 50
The French producer’s death was accidental

Philippe Zdar, one half of the French Electro House duo Cassius, has died. The 50-year-old founding member reportedly died after an accidental fall in Paris.

Zdar’s agent Sebastien Farran spoke to the BBC, stating “…he made an accidental fall, through the window of a high floor of a Parisian building.” No other details regarding his death have been released. A spokesman for the Paris prosecutor’s office told CNN that an investigation has been opened into the cause of Zdar’s death.

Cassius’ debut album 1999 peaked at No. 28 in the U.K. Their 2002 single “The Sound of Violence”  No. 1 on the Billboard Dance Club Songs chart. Their most recent Cassius artist album, 2016’s Ibifornia, featured assists from Ryan Tedder, Beastie Boy Mike D, and Pharrell Williams. 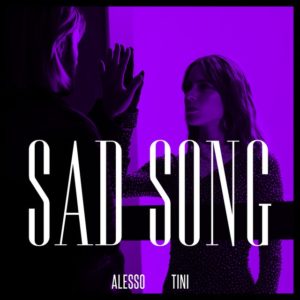 One of EDM’s biggest names has paired up with an Argentinian powerhouse for her debut English track. Alesso has pushed TINI into the mainstream with “Sad Song”, a pop-leaning electro love song.

The record is the perfect way to introduce American audiences to TINI- a model, actress, singer and songwriter from Buenos Aires. The airy track delivers upbeat verses which complement the video where she’s trapped in a black-and-white room. Throughout the video you see TINI going through several stages to overcome her feelings, eventually finding Alesso in the end.