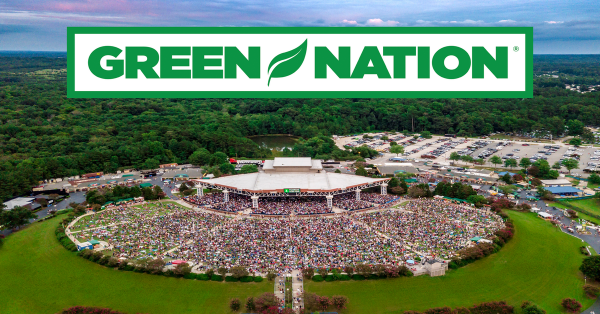 One of the world’s leading events promoter has outlined a list of sustainability goals for its festivals and venues. Live Nation has announced plans for five of its European festivals to become plastic-free by 2021.

As part of their ongoing Green Nation Program, the company’s primary target consists of reducing greenhouse gas emissions by 50% by 2030. All Live Nation owned and operated venues, clubs, theaters, and festivals are committing to the program, a combined 35,000 events each year.

Included in the charter is a list of ambitious objectives ranging from delivering a 50% reduction in scope 1 and 2 greenhouse gas emissions by 2030, ending the sale of single-use plastics at all owned and operated venues and events by 2021, and reducing or eliminate the use of fossil fuels where possible.

The full charter can be found HERE. 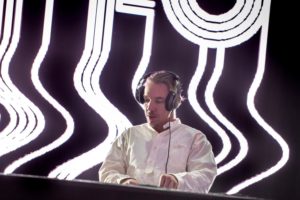 Just two weeks before its debut, the Super Mega Ultra Giant Mad Decent Block Party Festival has been canceled. Spearheaded by Diplo and his Mad Decent record label, the festival was set to take place at Gillette Stadium in Foxboro, Massachusetts on July 21st and 22nd.

The lineup for the inaugural festival included Dillon Francis, Major Lazer, Billie Eilish, G-Eazy, Miguel, Chris Lake, Flosstradamus, and Rezz among others. Alongside the big names was set to be the world’s largest bounce house, go-karts by K1 Speed, and a paintball arena by Team Dynasty.

Following an initial venue change and lowered ticket prices, the event had been plagued by issues from the beginning. The official statement from the festival states that there were circumstances beyond their control and cancellation was in everyone’s best interest.

Read the full statement below:

The Super Mega Ultra Giant Mad Decent Block Party Festival, set for July 20th and 21st, in Foxborough, MA, has been cancelled. Unfortunately, putting this event on in the way that it was envisioned has become impossible, due to circumstances beyond our control. All parties involved have agreed that moving forward would be a disservice to fans and artists alike, and cancellation is in everyone's best interest. Front Gate Tickets will be issuing refunds to all fans who purchased a ticket. The refund will be credited to the original method of payment used at the time of purchase. Refunds will be processed on, or before, Friday, July 12th. Please allow 7-10 days after processing for the refund to be reflected on your statement.

Ticketholders can expect full refunds credited to the original method of payment on or before Friday, July 12th. 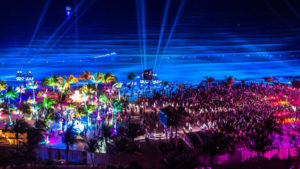 Following the success of its inaugural event, Bassnectar has announced the return of Deja Voom for 2020. Set to take place March 25-28, the destination festival will return to Mexico, but at a different venue— an all-inclusive resort, The Grand Oasis in Cancun.

DEJA VOOM 2020 IS CONFIRMED!!!! Early this year, our team came together for a truly one-of-a-kind special event, set in the beauty of the Caribbean; an immersive vacation in a tropical resort – and it exceeded our expectations in every way. From start to finish we were overwhelmed by the absolutely radiant response, and set our sights to developing this into an annual special event. DEJA VOOM March 25 – 28, 2020 Grand Oasis – Cancun, Mexico 3 Bassnectar Sets Full lineup coming soon… Oh yes, we’re returning to Mexico for another all-inclusive family vacation festival in paradise! This time we head to a brand new location – the Grand Oasis in Cancun – where we have reserved the entire gorgeous property exclusively for our event! We are completely customizing every nook and cranny from the beach, to the atrium temple, to multiple nightclubs and sanctuaries and pools and sound systems – with a musically diverse lineup which spans the spectrum of sound – from the noise to the beauty to everything under the sun 🙂 DEJA VOOM LOYALTY PROGRAM: There are lots of updates, announcements and event info still to come, but we want to reassure everyone who was a part of last year’s inaugural event that you will have special access to a loyalty presale, which launches next week on Wednesday July 17th at 1pm ET – anybody who came to DV19 will be emailed info direct about how to secure their spot for the next installment of the overseas gathering! Round 2 For The Hardcores!! SECURE PACKAGES TO OUR MOST INTIMATE EVENT OF THE YEAR: The general onsale will be Friday July 19th at 1pm ET – so please start the planning and coordination amongst your crew! And if you're looking for new friends to join in on a room or suite, hit up the Bass Network on Twitter, Bass BNB page, or the Love Here community group! There will once again be Payment Plans for those interested. There’s a lot of planning and coordination that goes into these destination events, so please take some time out of your day and absorb as much info as you can from the Deja Voom website! So spread the word and review the event info, helpful resources, Payment Plan details, and more here: dejavoom.com

In a statement, Bassnectar revealed the debut event garnered an absolutely radiant response and is hoping to develop this into an annual event. The bass music tastemaker is also promising a loyalty program and secure packages for his most loyal fanbase.

A full lineup and other pertinent information are expected at a later date. For more information visit the official website.

Over the course of the last year, Israeli-born GATTÜSO has managed to deliver numerous memorable dance-pop records. From his breakout single “Who We Are” to the Disco Killerz partnership in “Million Things,” the businessman-turned-DJ may be finding himself on the verge of becoming the next big EDM artist.

Having garnered over 20 million combined streams on Spotify and Apple Music, as well as charting on the top 10 Billboard Dance Radio charts, GATTÜSO is showing no signs of slowing down. Furthering his successful year is his latest release, a collaboration with Damon Sharpe titled “When in Rome.”

The lighthearted track advances GATTÜSO’s radio-friendly sound, blending dance and pop alongside a catchy sing-a-long melody. The airy record is accompanied by a music video that is just as lively.

Featuring Natalia Barulίch, the video clip prominently displays the cover girl in a same-sex love affair, encapsulating freedom and the decision to live in the moment. From countryside drives to dancing beneath a disco ball, the video follows the adventure and chemistry that plays out over a summer night.

Watch GATTÜSO x Damon Sharpe “When in Rome” below: