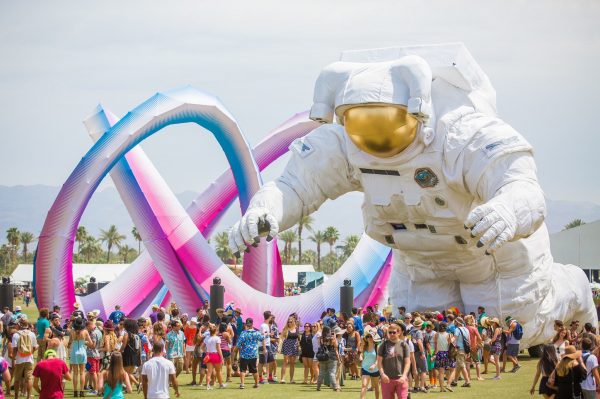 The nation’s most talked about music festival has released its much-anticipated lineup. The 2019 Coachella Valley Music and Arts Festival dropped the full roster of artists performing this April in Indio, California. Headlining the festival will be Childish Gambino, Tame Impala, and Ariana Grande.

On the electronic music side of things, the festival’s roster is jam-packed with many house and techno DJs throughout the weekend. Names like Rufus Du Sol, Diplo, DJ Snake, Fisher, Chris Lake, Jauz, Walker & Royce, Gorgon City, Nina Kraviz, Camelphat, and Anna Lunoe will take over day one.

This past year, Dirtybird Campout East Coast was unexpectedly shut down mid-festival as noise complaints from nearby residents in Saint Cloud, Florida poured in. The event eventually continued as planned the following day (after some help from Pitbull), giving East Coast campers a very unique experience of uncertainty.

A few months later, Dirtybird came back strong with its West Coast version of Campout in a new lakeside venue in Central California. However, as successful as the California event was, the same cannot be said for its Florida counterpart.

In a post on social media, Dirtybird Campout announced they would not be returning to Florida in 2019. Citing months of research and different options explored, the team at Dirtybird decided to hold off on this year’s festivities to solidify a great experience for campers in 2020.

Dear Campers, We're sorry to announce that after many months of research and countless avenues explored we will not be able to execute the best possible East Coast Campout in 2019. We know that February's 2018 East Coast event was not perfect, and we want to be absolutely sure that when we come back, the quality of our production is not compromised. We appreciate your understanding and support and we are going to spend the entirety of 2019 working on bringing this event back better than ever in 2020! Dirtybird Campout ????️???? ????: @brittanynofomo

No other news was announced regarding the West Coast edition of the festival.

Kaskade ended his busy New Year’s Eve festivities with a fall in front of thousands of fans in San Francisco. The event at the city’s historic Bill Graham Civic Auditorium was the last stop in his holiday tour.

The fall was captured on video and was posted on Kaskade’s Instagram page. In the video, Kaskade can be seen jumping on top of the decks, only to lose his balance, trying to hold on to a nearby speaker and fall to the stage floor.
He manages to get back up and, with mic in hand, he announces to the crowd he’s alright. He joked about it afterward, captioning his post, “Don’t worry Mom, I’m OK. #NYE”

In February of 2016, Paul van Dyk took a hard fall during his set at A State of Trance in The Netherlands and suffered serious damage to his spine as well as a brain injury. The trance DJ’s recovery was lengthy, but he eventually returned to making music and performed live a few months later at EDC Las Vegas.

Beyond Wonderland 2019 Headliners, Stages + Dates Revealed
The festival will return to the NOS Events Center this March

Over the holiday weekend, thousands of fans attended two of Insomniac Events’ most anticipated winter festivals, Audiotistic and Countdown New Year’s Eve. During these events, attendees were treated to flyers promoting the company’s next endeavor, Beyond Wonderland. The flyers, which came in collectible cards, showcased the headlining artists of the 2019 event and the hosted stages found throughout the venue.

Deadmau5, Armin van Buuren, Carnage, Rusko, Seven Lions, Deorro, Rezz, Audiofreq, YehMe2, and Lil Texas were among the artists on the cards being distributed at the two events. 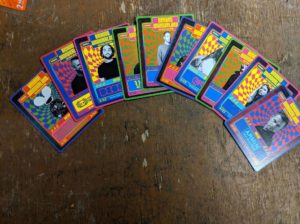 The flyers also revealed the five stages which will be hosted by Dreamstate, Basscon, Bassrush, Insomniac Records, and Mau5trap.

Beyond Wonderland 2019 will take place March 22nd and 23rd at the NOS Events Center in San Bernardino, California. The full lineup and ticket information will be revealed soon!