Insomniac’s flagship festival, Electric Daisy Carnival has been hosted annually in Las Vegas since 2011 and has grown to become one of the biggest electronic music festivals in the world. Hundreds of thousands of fans flock to Las Vegas for three nights of partying, from sunset to sunrise under the electric sky.

Prior to moving to sin city, EDC called the city of angels home. Los Angeles (and other Southern California venues) hosted EDC from its inception, but the famed festival saw its final show take place in June 2010 at the L.A. Memorial Coliseum.

The documentary, shot by Le Liu, gives an in-depth look into how the media portrayed the event, how capacity issues played a role, and how the misuse of drugs such as MDMA played a role in what would be the last EDC in L.A.

The nearly two-hour film focuses heavily on harm reduction and what the city and county of L.A. were preparing to make the following events more successful. Those plans did not come to fruition, and in the summer of 2010, the County of Los Angeles placed an indefinite moratorium on all raves.

Check out the documentary below: 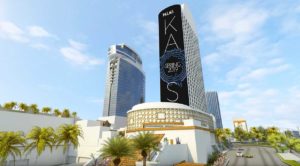 Las Vegas’ Newest Nightclub Will Host Above & Beyond, Kaskade + More
The nightclub will be one of the biggest in sin city

As part of a $690 million renovation, Palms Casino Resort is finishing up a 100,000 sq. ft. nightclub and dayclub, collectively known as KAOS. While it may not be on the famed Las Vegas Strip, the Palms has held a famed history as being the home to MTV’s The Real World in 2002 and will join a roster of other Palms staples such as the Pearl Concert Theatre and the Apex Social Club.

Unique to KAOS will be its logo, which will be visually represented by sound playing onstage on an LED screen on the exterior of the club, the largest in the city.

While it may be months from opening, KAOS has already released a massive residency lineup featuring the biggest names in EDM and Hip-Hop. Taking up residencies in 2019 will be Above & Beyond, Kaskade, Skrillex, G-Eazy, and Cari B.

Swipe for a good time???????? It’s official… countdown to @KaosVegas this April!! See you guys in my new home @PALMS #KaskadeKAOS Link in my bio www.palms.com/kaos

The nightclub will also feature a huge glass wall-operable door dividing indoor and outdoor spaces, a 360-degree rotating DJ booth, a supplemental dome cover that will make it a year-round destination and a 65-foot bronze sculpture of a headless demon.

KAOS is set to open this April, tickets for Kaskade and Skrillex show dates can be purchased HERE. 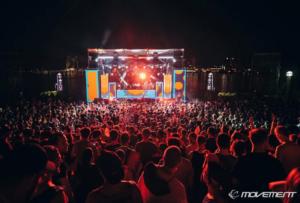 Motor City’s finest festival, Movement, is set to take place over Memorial Weekend 2019 and techno fiends and house heads alike can get ready to get down to the best in the genre.

Movement 2019✨Who are you most excited to see? ???? #MovementDetroit

As the home of techno, Movement has solidified itself as one of the longest-running dance music events in the world. This year, Movement returns to Hart Plaza May 27-29. Tickets are available HERE. 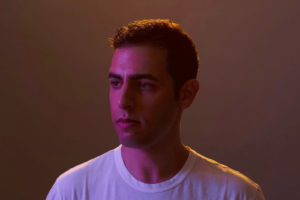 Drawing inspiration from impactful life events, Jason Ross has crafted a six-track EP to share his own take on said events. From his chaotic China tour in “East of Eden”, to the aptly named “Gorge” where he saw himself go back-to-back with Seven Lions, Jason Ross takes us on a personal journey with Rooms.

The Anjunabeats fan favorite, Jason Ross has garnered attention and collaborated with some of the biggest names in the industry, including Cosmic Gate, Above & Beyond, and Seven Lions. His latest release is a testament to those that helped Jason Ross grow from a resident DJ at a small club in San Diego, to headlining the biggest festivals in the world. 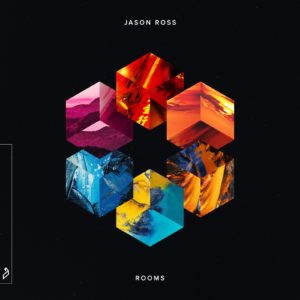 The EP is being accompanied by a North American Tour, which kicked off in Los Angeles. Tickets and tour dates can be found HERE.

Listen to “Rooms” in its entirety below: