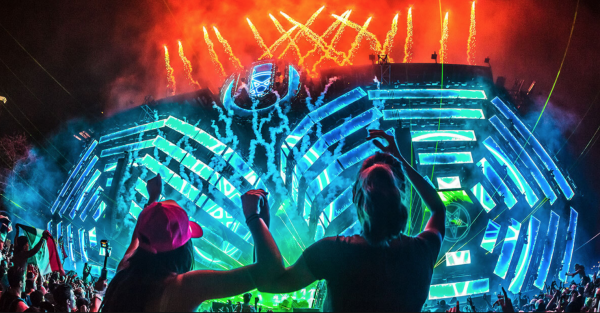 Late last year, Ultra Music Festival announced it would be moving from its iconic Downtown Miami location at Bayfront Park to Virginia Key, an island just off the coast from the city’s center. Having gained approval for the move by Miami commissioners, the shift in venues meant Rapture Music Festival, which has been held at Virginia key over the last few years, would be displaced.

An attorney for Rapture has now sent Ultra Music Festival and the city of Miami a cease and desist letter, demanding Ultra to stop applying for further permits or risk a lawsuit. The lawyer in the matter stated that the city had an understanding and ongoing relationship with Rapture to keep the event on the island for three more years.

Ultra Music Festival has been busy drafting plans and applying for permits for its still-planned three-day event on Virginia Key, including transporting thousands of attendees to and from the island.

Rapture’s attorney, Paul K. Silverberg is asking Ultra to withdraw those applications, stating it directly interferes with Rapture’s planned festival time and location. The letter continues by saying, “…any continued behavior and furtherance of the complained act will be considered willful and subject you to punitive damages.”

According to Rapture’s website (which is still selling tickets to this year’s event), the festival will take place on March 29th and 30th, 2019. Ultra Music Festival is set to take place on the same location, that same weekend, March 29th, 30th, and 31st. 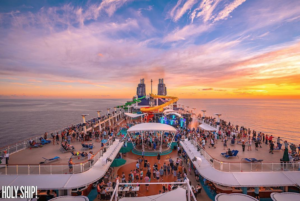 Over One Dozen Drug-Related Arrests + Police Dog Exposed to MDMA at Holy Ship! Cruise
The EDM party cruise has a zero-tolerance drug policy

Officers in Florida arrested over a dozen people as they were preparing to board the Norwegian Epic for Holy Ship!

The EDM party cruise, which leaves Port Canaveral, Florida on a four-day Caribbean voyage, has a zero tolerance drug policy and have been cooperating fully with local law enforcement.

A drug-sniffing dog from the county’s agency was exposed to ecstasy while sniffing through luggage of passengers boarding the cruise liner. The canine was given an injection of Narcan, which is usually given to humans who overdose on opioids. The dog was taken to a veterinarian after he showed the effects of drug exposure and eventually recovered.

Holy Ship! is set to set sail on its second leg this weekend. 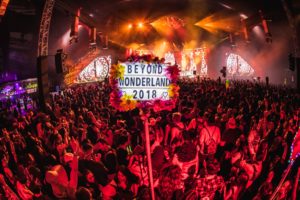 Fans of the Alice in Wonderland themed festival, Beyond Wonderland, can now purchase tickets for the two-day event in March. Insomniac Events revealed the full lineup of artists set to take the stage at this year’s event.

Check out the full roster below!

Beyond Wonderland 2019 is set to take place March 22nd and 23rd at the NOS Events Center in San Bernardino, California. CLICK HERE for tickets. 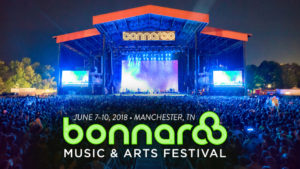 One of the country’s most recognizable music festivals has just released its official lineup of artists for its 2019 event. Set to take place June 13th-16th, Bonnaroo is known to showcase a wide range of artists from multiple genres of music. Headliners this year include Post Malone, Childish Gambino, Odesza, Cardi B, and the Grand Ole Opry.

Check out the full roster below!

Your 2019 Lineup! ???? & this doesn’t even include the campgrounds! ???? Tickets on sale THURSDAY 1/10 at Noon ET! Snag a GA ticket for just $47 down using our payment plans ???? Explore the #Bonnaroo experience on Bonnaroo.com (link in bio!) #RadiatePositivity #Bonnaroo 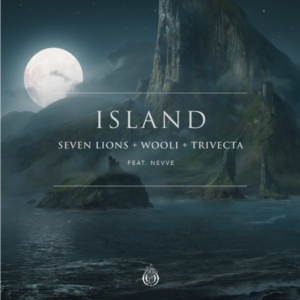 Euphoric melodies and bass-heavy synths are the perfect combinations for the first big track of 2019, and that concoction is thanks to the collaboration of four artists— Nevve, Trivecta, Wooli, and Seven Lions.

“Island” is a melodic dubstep hybrid that showcases Nevve’s impressive collective vocals while mixing the trance and dubstep infused bass madness that is Wooli, Trivecta, and of course, Seven Lions.

The track manages to give you that head-banging bass-punch, while putting you in a trance-like state, something very few songs are able to create due to the vast differences in the genres.

Take a listen to “Island” below:

Tritonal have just dropped their latest track “Easy”, harkening to the earlier progressive sounds the duo is known for. With vocals provided by RYANN, “Easy” is a happy-go-lucky, jump-in-the-air track that perfectly aligns with the group’s sound.

“Easy” is being released ahead of their upcoming album ‘U & ME’, set to drop later in the year. The duo is set to embark on a three-month US tour of the same name, with two very special dates in their schedule.

Their February 1st tour date brings them to the Hollywood Palladium in Los Angeles where they will be the first EDM artist to record their set using Sony’s new 360 Reality Audio. The immersive audio experience is set to be so realistic, that it will sound as if fans are at the live show.

Their New York City stop on March 5th will celebrate 250 episodes of their radio show, Tritonia. The set will be recorded live and syndicated o Sirius XM.

Take a listen to “Easy” below:

Tritonia’s ‘U & ME’ Tour kicks off January 25th in Oregon. For tour dates and tickets CLICK HERE.