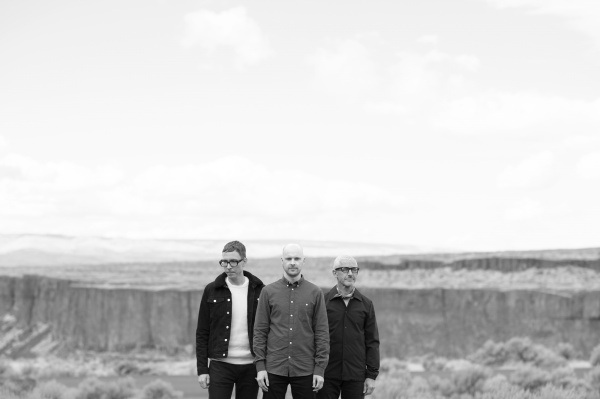 Above & Beyond Return to The Gorge Amphitheater for a Group Therapy Weekender
The U.K. trio proclaimed the venue as their “spiritual home”

Following a very successful 250th episode celebration of their Group Therapy radio show at The Gorge Amphitheater, British trance trio Above & Beyond have announced they will return to the venue in 2019.

Dubbed the “Group Therapy Weekender”, the two-day event will see the complete takeover of the famed scenic music venue featuring artists from both Anjunabeats and Anjunadeep record labels.

Since 2017’s sold-out celebration at The Gorge, the trance group has been itching to return to the panoramic outdoor concert amphitheater stating, “…The ABGT milestone shows will continue to make their way around the world, giving fans in different locations the chance to experience them. But we couldn’t let that stop us from coming back to The Gorge, our new spiritual home.  By creating this new “Group Therapy Weekender” we hope, with your help, to recapture the same magic at this incredible venue.”

Above & Beyond: Group Therapy Weekender takes place July 27th and 28th, 2019 at The Gorge Amphitheater in Washington State.  CLICK HERE for tickets. 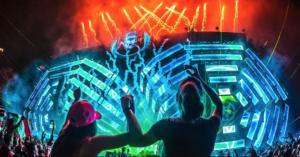 Florida Judge Drops Rapture Festival vs. Ultra Miami Case
The  lawsuit claimed Ultra and the City of Miami were in violation of the Sherman Act

Only three days after the initial complaint was filed, a Miami judge has dropped a lawsuit case brought on by Rapture Festival against Ultra Music Festival. The claim brought onto the Southern District of Florida accused Ultra, the City of Miami Beach and the Virginia Key Beach Trust of violating the Sherman Act, which is an anti-trust and monopoly law designed to regulate competition.

In court filings, the action was thrown out by Judge Ursula Ungaro stating Rapture Festival “… “relies exclusively on conclusory allegations of a conspiracy backed by no factual allegations whatsoever.”

Rapture’s complaints arose after the Miami City Commission’s approved Ultra Music Festival to move to Virginia Key for the weekend of March 29th- 31st, 2019, the same weekend Rapture Festival was scheduled to take place and at the same venue they had been gathering for the past few years.

Judge Ungaro stated that both Rapture and Ultra applied for the use of Virginia Key, and only Ultra’s application was accepted. 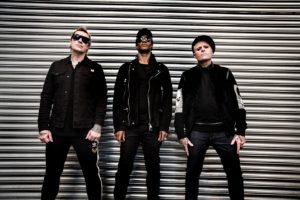 Iconic British electronic trio, The Prodigy, will be touring across North America for the first time in ten years. Set to take the stage at music festivals and solo headline venues throughout the U.S., the English electronic group will showcase their gritty, big beat sounds once again to American audiences.

Emerging from the 1990’s underground rave scene, The Prodigy’s popularity across the pond eventually found its way to America via the grunge metal scene and both metalheads and ravers alike found a likeness to the group.

In late 2018, The Prodigy released No Tourists, their seventh studio album, which debuted at number one on the U.K. Album Charts. Their latest single, “We Live Forever”, is a testament to the band’s unique take on rave music, with its signature chant, “…the time has come, we live forever!”

The Prodigy’s North American Tour kicks off at Welcome to Rockville Festival in Jacksonville, Florida on May 3rd, 2019. Tickets for their solo tour dates can be found HERE. 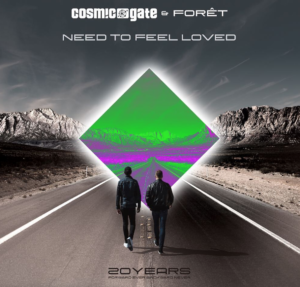 Late last year, German trance duo Cosmic Gate announced their upcoming tour and new album celebrating their twenty-year career, 20 Years: Forward Ever, Backward Never. Adding to their news is their first single of 2019, a fresh take on an EDM classic, “Need To Feel Loved” by Reflekt.

The original track, which was released in 2004, reached number one on the British Dance Charts and has seen its fair share of reworks throughout the years, including the Adam K & Soha Mix as well as the popular Sander van Doorn adaptation.

In Cosmic Gate’s refitting, “Need To Feel Loved” offers the soothing vocals of Foret, along with the groups signature basslines and progressive breakdowns. Their take on Reflekt’s anthem culminates in a dancefloor-friendly trance track which hopefully sets the tone for their big 20th anniversary endeavors in the months ahead.

Take a listen to Cosmic Gate feat. Foret “Need to Feel Loved” below: