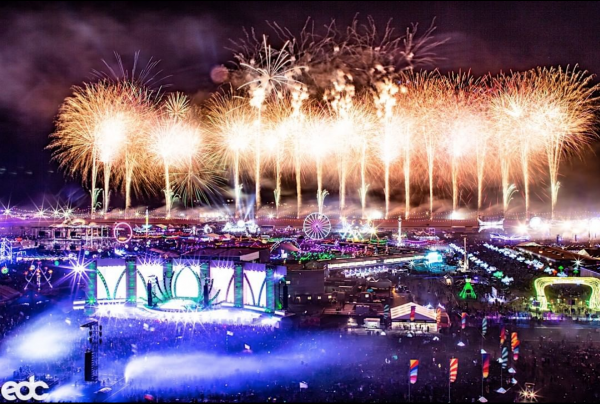 In three months time, sin city will be inundated with ravers from across the planet as they prepare to partake in North America’s largest electronic music festival, Electric Daisy Carnival Las Vegas. The three-day event takes place at the Las Vegas Motor Speedway, roughly twenty miles due north of the famed Las Vegas Strip, where a large majority of attendees stay during their visit.

In order to ease congestion to and from the venue, Insomniac Events, the team behind EDC, has set up a system of shuttles that run a fixed course at designated times throughout the evening to ferry passengers in a timely and efficient manner.

In previous years, the shuttle transportation system had become notorious for creating extremely long lines to embark, lack of air conditioning, among other things. However, after handing the task over to professional third-party transportation systems last year, the shuttle system has improved significantly and is poised to continue to expand and better serve guests.

New for this year’s event is a Premier Shuttle Pass. A three-day roundtrip pass will go for $199 and will allow you to reserve your shuttle departure times to and from the festival each day. The four stops include the MGM Grand Hotel, Mandalay Bay, Luxor Hotel, Stratosphere, and the Golden Nugget.

Scheduled departure times from each stop available for reservation are 6 PM, 8:30 PM, and 11 PM. Reservations for return times are 3 AM, 4 AM, and 6 AM.

Other amenities included with the purchase of the Premiere Shuttle Pass include a merchandise pack and a premier air-conditioned lounge at the festival.

The Standard Shuttle Pass will cost $99 for three-day roundtrip transportation to and from the festival. Stops along this route include the Rio Hotel, Circus Circus, Downtown (9th & Fremont St), Mid-Strip (Las Vegas Blvd & Flamingo Rd), and Tropicana.

Both Premiere Passes and Standard Passes will have access to security pre-check prior to your arrival at the festival for expedited entry, amenities at each shuttle stop (including restrooms and water), and a Shuttle Support Team dedicated to all EDC Shuttle riders.

A special add-on for both passes will allow for an Opening Ceremony Shuttle, which will depart from 3 PM to 6 PM on Friday, May 17th from the Circus Circus shuttle stop. This shuttle will allow passengers to get to EDC Las Vegas early on Friday to partake in the festival’s opening ceremonies.

The 23rd edition of Electic Daisy Carnival Las Vegas takes place May 17- 19 from dusk till dawn at the Las Vegas Motor Speedway. Tickets can be found HERE. 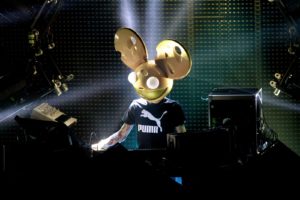 Aside from being a talented DJ and producer, deadmau5 is also known to be an avid video gamer. Whether it’s getting behind the controller or developing first-person shooter games, the mau5 and video games go hand-in-hand. Unfortunately, a common occurrence in the gaming world is the irritation that comes with losing a game.

While playing the popular online video game PlayerUnknown’s Battle Ground, deadmau5’s player died, causing him to lose the battle. In disgruntlement, the DJ lashed out at his opponent using homophobic language.

According to Billboard Magazine, deadmau5 then unleashed his annoyance on live-stream video platform Twitch, causing the company to suspend him for violating its anti-hate speech policies.

Following the suspension, deadmau5 took to Reddit (in a now-deleted post)  and called out the company for its “…double standard when it comes to censoring and suspending me…” as well as stating he would be cutting ties with them.

Twitch has banned @deadmau5 for 'hate speech' for using a homophobic slur against a stream sniper in PUBG.

In a response on Reddit, deadmau5 says he will likely no longer partner with or stream on Twitch due to the platform's double standards on censorship and suspensions. pic.twitter.com/fRI9ogF64j

Eventually, deadmau5 returned to Reddit with a lengthy apology stating that Twitch had every right to ban him as they were only enforcing their regulations. Read the full statement below: 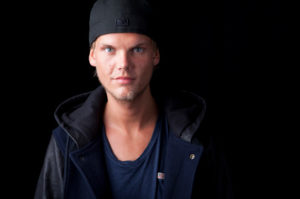 Nearly a year after his death, Swedish DJ and producer Avicii has been presented an honorary accolade at his country’s version of the Grammy Awards, the Grammis.

During the ceremony in Stockholm, the late DJ’s father, Klas Bergling, accepted the trophy on his behalf and gave a speech honoring Avicii and his music.

According to Sweden’s Aftonbladet newspaper, Bergling’s speech states,  “…As Tim’s father, I am very honored to receive this great prize. Tim was a friendly person with humor and very serious, humble and stubborn as sin. When it came to the music, he was on the verge of obsessed to reach the optimal he had imagined.” 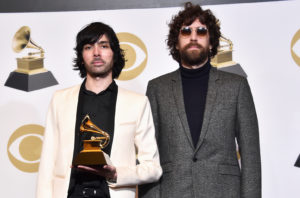 2019 Grammy’s EDM Winners: Justice, Diplo, Mura Masa
Other nominees include Zedd, Kaskade, and Above & Beyond

The 61st annual Grammy Awards were held over the weekend at the Staples Center in Los Angeles.  In the electronic music categories, the Recording Academy recognized some of the biggest names in the genre and pit them head-to-head in three main categories: Best Dance Recording, Best Dance/Electronic Album, and Best Remixed Recording.

Zedd’s collaboration with Maren Morris & Grey “In The Middle” was the only EDM artist at this year’s ceremony that managed to be nominated for three big categories— Record of the Year, Song of the Year, and Best Pop Duo. Unfortunately, he did not take home any of the Grammy awards he was up for.

Congrats to @SilkCityMusic on your Best Dance Recording Grammy win and thanks @diplo for the shout out https://t.co/CcsVDhE09S

Best Dance/Electronic Album accolade was given to Justice’s “Woman World”, a live recording. This beat out names like TokiMonsta and Sofi Tukker.