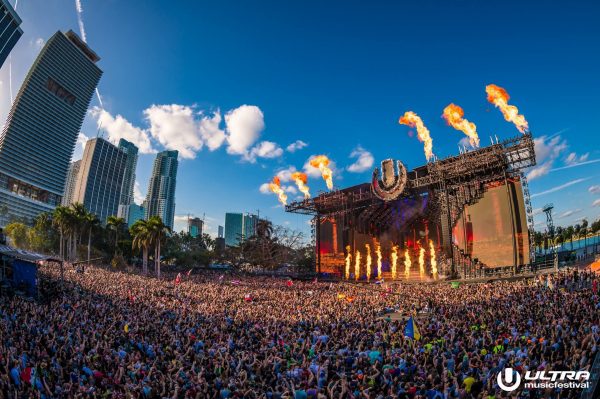 After voting to remove Ultra Music Festival from Bayfront Park last year, Miami City Commissioners have voted to reverse that decision, allowing it to return for 2020. According to the Miami Herald, the argument was framed by suggestions of political favors, poor deal-making, and law-bending to accommodate the festival.

Ultra Music Festival has called Downtown Miami home over the last two decades, however, last year the event was forced out of the park. In a unanimous vote, commissioners rejected a contract that would allow the festival to stay in Bayfront Park, citing noise, traffic congestion, and rowdy atmosphere complaints from downtown residents.

The event found an alternative site for 2019, Virginia Key. The island proved to be a logistical nightmare for Ultra’s organizers. With only one way in and out of the island, shuttle transportation lagged, party-goers walked across the bridge into downtown, and even more noise and traffic complaints came from nearby neighborhoods. The site’s footprint also caused problems and fireworks were canceled amid safety issues. Ultra voluntarily pulled out of Virginia Key, allowing for negotiations to begin again to return to their long-time home. 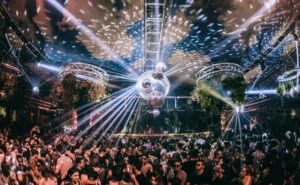 Miami’s most hyped-about clubs has just announced a partnership with one the world’s leading event companies, Insomniac Events. Club Space has allowed itself to be partly-owned by the management behind Electric Daisy Carnival (EDC), Beyond Wonderland, Electric Forest, and a slew of other huge festivals around the world.

According to Billboard, the venue will be Insomniac’s first in Miami and will also play a role in staging the nearby Okeechobee Music Festival, which took a hiatus this year. First opened in 2000, Club Space has become one of the top nightlife spots in Florida, having undergone a major renovation and ownership in 2016.

The downtown hotspot did not make any formal announcements regarding specifics on how Insomniac would play a role in the venue. However, Co-Owner David Sinopoli said Insomniac would begin to produce recurring activations at the club. 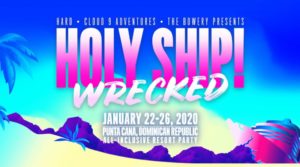 For eight years, Holy Ship has been delighting EDM fans with a cruise/festival hybrid navigating the Caribbean Sea. Abandoning ship, the event will be heading to land and taking over an entire resort hotel. Holy Ship Wrecked will feature an all-inclusive stay at the Hard Rock Hotel & Casino in the Dominican Republic. 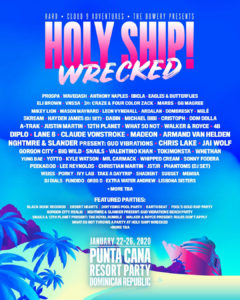 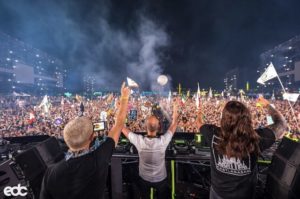 Above & Beyond, Seven Lions Collab in “See The End”
The track features vocals by Opposite The Other

After debuting the track at Electric Daisy Carnival (EDC) Las Vegas earlier this year, Above & Beyond have finally released their collaboration with Seven Lions. Titled “See The End” the record features vocals by Opposite The Other and seamlessly blends the sounds of all three artists.

The track opens up with light piano keys followed by the soothing vocals of Opposite The Other. As the record gains traction, the unmistakable synths and glitch punches of Above & Beyond and Seven Lions envelop the soaring vocals climaxing in a progressive trance punch.

Listen to “See The End” by Above & Beyond, Seven Lions, Opposite The Other below: