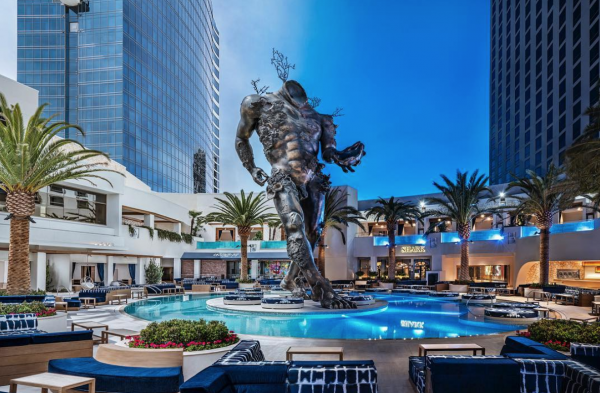 This weekend, Sin City is hosting the grand opening of its newest nightlife destination, KAOS. Situated atop the Palms Casino Resort, the nightclub/dayclub complex is set to become the premier party destination in Las Vegas. 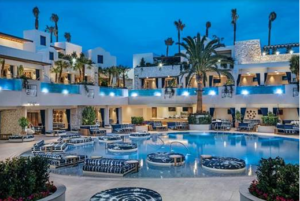 KAOS will feature the city’s largest LED wall,  a 60-foot bronze male sculpture at the center of one of its pools, and a Tesla coil ceiling inside the nightclub. The club itself has already signed big names to headline residencies including Kaskade, Deadmau5, Above & Beyond, and Eric Prydz.

KAOS is the centerpiece of the complete renovation of the Palms Casino Resort. With a total cost of $690 million, the restoration is the most expensive in Las Vegas history. 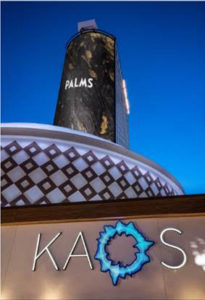 The grand opening celebration takes place this weekend April 5th-7th. The three-day-long festivities include performances by Alicia Keys, Cardi B, Travis Scott, G-Eazy, Marshmello, and Kaskade. Tickets for all shows can be found HERE. 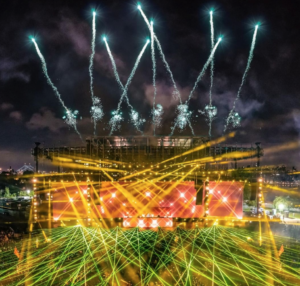 The last remaining all-electronic dance music festival in New York City is gearing up for its upcoming festivities. Dubbed Electric Zoo: Evolved, the eleventh annual gathering is set to take place the last weekend of August and features the most stacked lineup to date.

Check out the full roster of artists below: 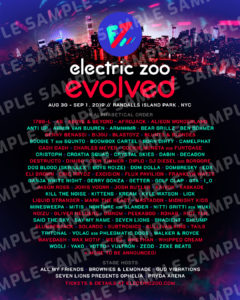 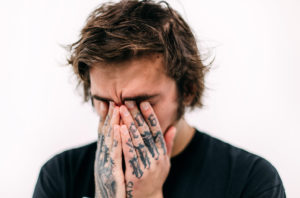 After overwhelming fan criticism regarding his recent tour, Getter has announced he will cancel the remainder of his Visceral Tour. In an open letter posted on Twitter, the DJ and producer cited anxiety and frustration from fans who disliked elements in his show, expecting a regular set.

The Visceral Tour employed high-end stage production that pit Getter inside a large rib cage behind an LED screen. He took his place behind synths and a mic to deliver his first live performance.

Part of the letter pointed out the fact that the show was never meant to be a normal DJ set, stating, “…Imagine working toward something, putting in all your effort, time and money into something that you feel could FINALLY separate you from the rest and show you DO have a purpose. All to just get yelled at, booed and have shit thrown at you because it’s not the cookie-cutter bullshit they are used to…”

While Getter’s original Tweet is still up, his Instagram page has been completely wiped out. Other EDM artists have taken to social media to show support towards his decision including JOYRYDE, Zeds Dead, Ghastly, Rezz, and Kayzo. 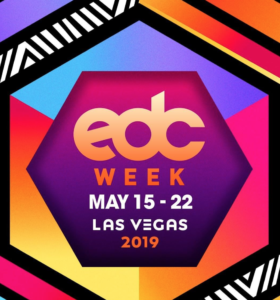 In the days surrounding Electric Daisy Carnival (EDC) Las Vegas, venues across the city partake in what is collectively known as EDC Week. Sin City’s top entertainment venues play host to the biggest names in EDM, enveloping the town for an entire week of celebrations.

Spearheaded by club nights and daytime pool parties, the bulk of the shows take place in and around the Las Vegas Strip. Venues participating in the festivities include Omnia Nightclub, Wet Republic, KAOS, Encore Beach Club, Marquee, 1 OAK, and Intrigue, among others.

“EDC Week has always sparked the energy that builds just before EDC Las Vegas, and it’s the party that continues even after the festival ends,” says Pasquale Rotella, Founder, and CEO of Insomniac. “We changed the dates to run from Wednesday to Wednesday so fans can arrive later in the week and stay later for a stacked lineup of events on the Strip and beyond.”

Some of Insomniac’s most popular brands, like Dreamstate and Bassrush, are known to take over well-known clubs and pool parties, making them a destination of their own. Of note, Adam Bayer & Cirez D (Eric Prydz) will take over the Downtown Las Vegas Events Center on Thursday, May 16th.

EDC Week is scheduled to take place May 15th- 22nd. For a full list of dates, artists, and events CLICK HERE.