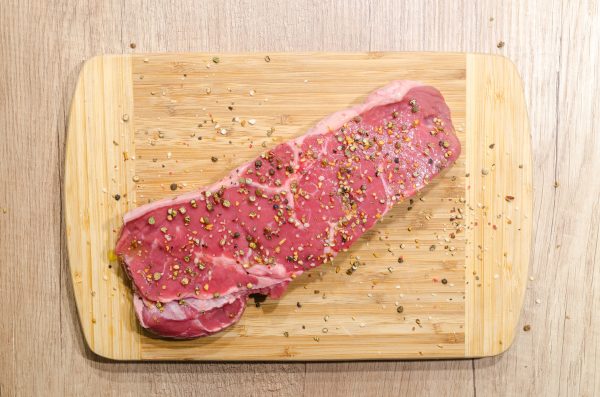 Ketogenic Diet: Does it Work?

Unless you’ve been living under a rock for the last decade, you’ve heard the term “ketogenic diet” thrown around in casual conversation. Now a widespread fitness phenomenon, the ketogenic diet is being endorsed by athletes, celebrities, and the average guy alike. Is the ketogenic diet all that it’s cracked up to be? Let’s take a look at what the keto diet is, and what the science says about it.

What is the Ketogenic Diet?

Commonly called the Keto Diet, this way of eating focuses on high-fat, low-carbohydrate choices. The idea is to have the body use ketone bodies, not glucose as its primary fuel source.

When you eat carbohydrates, for example, your body breaks them down into glucose, or a simple sugar that the body uses for energy. When you eat too much glucose, your body stores the rest, contributing to weight gain.

During the ketogenic diet, your body will be consuming primarily fat. This absence of carbohydrates will send the body looking for a secondary fuel source. It will use the fatty acids you’ve been consuming to create a compound called ketone bodies. Ketones are arguably a more fuel-efficient form of energy in the body, resulting in less bio-waste when compared to glucose. What’s more, your brain loves ketones.

Proven Benefits of the Keto Diet

Out with glucose and in with ketone bodies: What does the science say about the ketogenic diet?

Insulin Sensitivity: Overconsumption of carbohydrates is one of the leading causes of weight gain, diabetes, and insulin resistance. When you eat a meal, your body releases insulin to help cells and muscle tissue absorb the nutrients. When you eat too much, your body becomes resistant to insulin, resulting in fat gain, excess weight, insulin resistance, and an increased risk of disease. Studies show that the ketogenic diet significantly improves insulin sensitivity while fighting back against diabetes.

Cognitive Health: As I mentioned above, ketone bodies are the preferred fuel source for your brain. One ketone body in particular, beta-hydroxybutyrate (BHB) provides more energy than glucose without as much metabolic waste. Studies show that the ketogenic diet may help to improve cognitive ability including memory. It’s also been suggested to decrease your risk for cognitive-based diseases such as Alzheimer’s.

Word to the Wise

While studies suggest that the ketogenic diet is appropriate for long-term use for obese subjects, if you’re within a healthy weight range, you might want to cycle on and off this diet. Concerns about nutrient deficiency and ketoacidosis are something you’ll want to discuss with your doctor before beginning this diet.

Have You Tried the Ketogenic Diet?

If so, what was your experience? Haven’t tried it yet? What questions do you have about the ketogenic diet? Let us know in the comments below!